My husband was working in a private company. Then he switched  to metallurgical division in another concern. He started travelling by local train to the company. Slowly he began to show some signs of asthma  and  breathing difficulties. Once in every month he was affected by this ailment. He was administered antibiotic medicines and given cough syrups. He was also advised by doctors to use medicine filled inhalers  during  acute asthma. His health deteriorated due to frequent chest congestion and  breathing trouble.

He had  to be admitted in the hospital once in two months. Though he started using Ayurvedic and Homeopathy medicines, he couldn’t find relief. Once, he got high fever with acute breathing problem. He was hospitalised and had undergone intense treatment. He lost appetite too. Finally, he succumbed to his illness after two weeks.

My physical condition became worse. I started losing weight. Was finding it difficult to sleep. I was getting choked up when I tried to speak to anyone. No words from relatives, friends and elders gave me solace. I lost interest in everything. No television shows, films, outing and visiting restaurants caught my attention.

His body had been kept in the mortuary for one day. Next day morning his body was taken to the crematorium. Our children were beside him and performed the last rites. Neither I saw the cremation hall nor cremation. When we came home it  was past  two, afternoon. Some of our relatives and friends cooked lunch and sent it to us. We couldn’t sleep in the previous night and had no food till that time. Hence, we ate a good amount of food. All of us slept till six in the evening and had tea. I was half asleep at that time. Old memories began rolling into the mind causing intense pain. Somehow I couldn’t believe that  he is not alive. I was feeling terrible, not knowing what to do. This state continued  for about  six  months precisely.

When he was alive, my thoughts were not woven around his memories. We used to talk on the  face and when angry, silence prevailed between us. Just three months after our marriage, we planned to go to a shopping town to buy some household  items. He had  told me that he would be waiting  down, near the opposite building, pointing his finger towards the exact location. I agreed. When I went there, he was not to be seen. I was nonplussed. Got a bit worried too. Then I could  see him coming towards me a little far away from the road . He smiled at me as if he had tricked me. I turned away my face from him as I was boiling with anger. When he called me to walk with him, I just followed him without breaking the ice. Now, this very thought makes me gloomy, melancholic  and helpless.

We had very few occasions to be away from each other. Once he had gone to his hometown for two weeks. But he came back only  after twenty days. As soon as he entered home, he embraced me. But I  took away his hands with force and  ran to the kitchen. He had felt very bad. I had told him that I didn’t  feel hungry, Both of us skipped lunch that day. In the evening, he bought a big red rose and put it artistically,  in the flower vase before me on the table. I had never dreamt that he was romantic too. I brought  a glass of  hot tea and some sweets in a plate which I made. He patted on my back, we smiled and shared tea and the sweets.

I used to pray a lot and visited  nearby temples. Sometimes, I just sat  near the window looking  outside hoping  for him to come home, in vain. In the middle of a day of eleventh year June, I had gone into a mood of trance. I felt that an unknown power was engulfing me. At once, a familiar hand touched me at the back. I turned around. Couldn’t  see anyone  around, to my dismay. I could see clearly, my husband  standing in front of me. He lifted my chin with his  right hand. I got a bit confused, thinking  whether it was real or a dream. I stretched my hands  to hold and touch him so that I could make sure of myself. Got startled, when I touched  his face and arms.  When he began to talk , words came out from his mouth as a whisper.

I was eager to put a bundle of questions before him in a single breath, like …”Where were you, all these years? Where had you gone, leaving me here ? If you had thought of me, you would  have come back soon. You didn’t  do it. Why ? ” Slowly he came back to normal. “Cool down, he said. ” I was not well, you know. I wanted a change of atmosphere. I had gone to my hometown. There, my elder brother took me to an Ayurvedic doctor  who was staying in an Ashram, giving treatment to the patients. The doctor wanted me to stay there and take treatment and I accepted it.”

He had turned to be my spiritual guide too. He is a very knowledgeable  person. He gave discourses about Mahabharata, Bhagavad-Gita, Ramayana, Upanishads for an hour each in the morning  and evening. He used to chant devotional songs  beautifully. He had narrated bible stories, fables, Panchatantra and great words of the Quran. We walked around the Ashram, looking at  the trees, shrubs  and herbs, and listening  to the music of birds in the early morning hours. When the sun was about to rise, doctor and the inmates of ashram walked towards the  stream to have bath, enjoying the crimson coloured rising sun’s  reflection in the water. I used to enjoy those things and forgot everything else.” 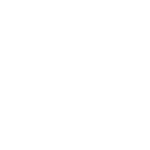